From its roots at a kitchen table to a multi-million dollar international business, Britax PMG Ltd has a long and interesting history in the field of vehicle safety products.

The Britax brand is synonymous with quality, safety and reliability and takes its name from ‘British Accessories’, a business that began making automotive safety equipment in 1938. The Britax company initially produced seatbelts and motorcycle accessories and for a short time during the post war years even sold ‘clip on’ engines for bicycles. The business subsequently diversified into car mirrors, sunroofs and aircraft interiors. It wasn’t until the 1970’s, that Britax started to manufacture child safety seats (for which it is well known today).

In 1939, Yorkshire metallurgist Philip Metcalfe Godfrey Thorpe began producing vehicle wiring and electrical equipment on a kitchen table at a house in Yeadon, Leeds (UK). The company became known as PMG Thorpe Ltd (after the founder’s initials) and land was developed around Mr Thorpe’s home to accommodate a production facility. By 1963, the increasing demand for PMG lighting products meant the company had outgrown the land available and needed to re-locate. PMG Thorpe moved to new premises in the coastal town of Bridlington (the site we still occupy today). In the mid 1970’s PMG Thorpe was acquired by Britax-Excelsior (the groups trading name at the time) and the company was renamed Britax PMG Ltd.

A series of acquisitions and takeovers followed during the next few decades, but the company’s operation and reputation for producing high quality vehicle lighting and mirrors remained unchanged. Britax PMG Ltd is now part of the ECCO Safety Group, a multinational Group of companies specialising solely in vehicle safety products. 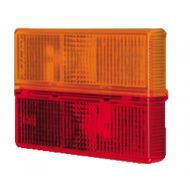 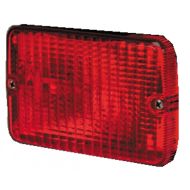 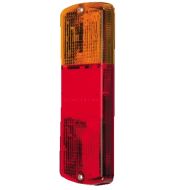